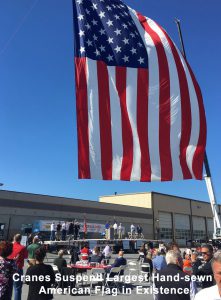 “The energy supply chain is interconnected which locally means that equipment supply, material supply, and trucking are directly impacted by the pipeline infrastructure buildout.  There are many other indirect benefits of this work that will impact our commonwealth.  Other businesses indirectly benefiting from this are hotels, restaurants, residential construction and commercial construction just to name a few.  Pipeline infrastructure being built in West Virginia, Virginia and North Carolina still benefit Pennsylvania by way of steel mills, equipment supply and trucking. They all represent JOBS and good paying JOBS!,” said event host Jay Cleveland, President & CEO of Cleveland Brothers Equipment Company.

“Energy Builders and our coalition of large and small businesses, workers and individuals are telling policymakers: ‘it’s time to build.’ That’s the message we delivered today and one that we are spreading to communities across the country,” said event sponsor Toby Mack, President and CEO of EEIA.

The massive American Flag, suspended from a pair of cranes provided by Stephenson Equipment Company, waved majestically in the brilliant sunny blue sky and could be seen for miles, prompting scores of complimentary calls from passers-by and area businesses.

The Harrisburg Energy Builders rally followed a similar event held in Tunkhannock, PA in July, and will be followed by others in 2018 in areas where production and infrastructure projects are needed, being reviewed or are under construction. 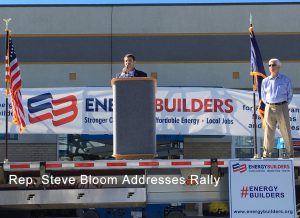 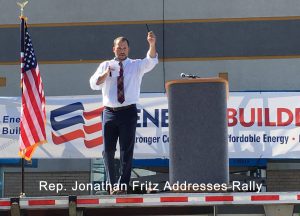 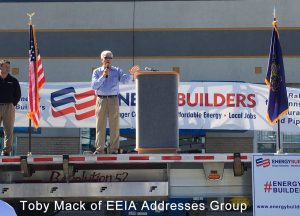 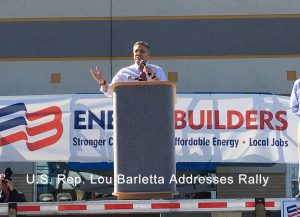 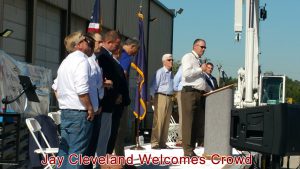 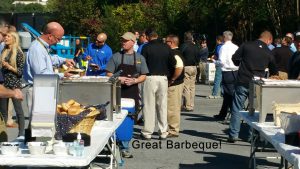 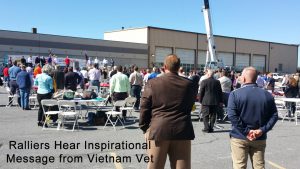 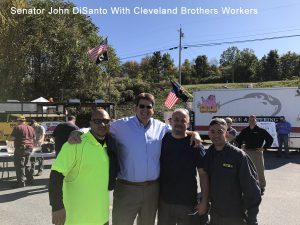 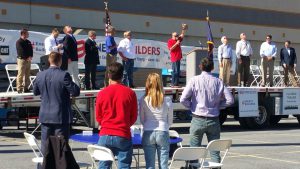 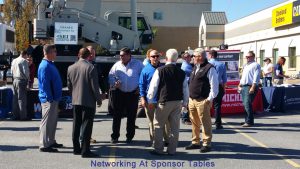